We had a candidate from each of the main parties:

A summary of the parties manifestos:
Liberal Democrats
A middle path on spending cuts. Cut taxes for lowest paid. Equal treatment for mental health as well as physical health. £8 billion extra for the NHS. Extra £2.5 billion for schools. Tougher laws on climate change. 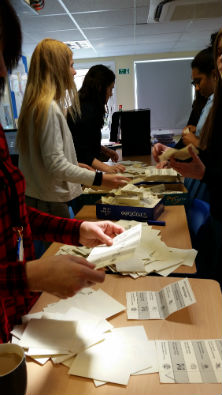 Turn out at the polls was high at over 50%, the voter turnout figures were: