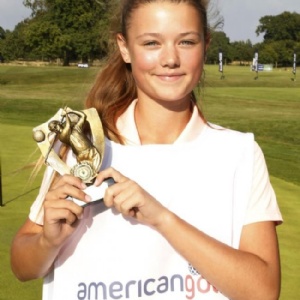 We are thrilled to congratulate Elle Gibson for winning the American Junior Golf Championship for under 18s.  Over 500 people entered the championships and of these 500 people, 36 managed to qualify.  At the finals, Elle appeared live on Sky Sports and after winning she was also interviewed by the Barnet Times, appearing on their front cover (details below).

This inspiring achievement is the result of years of training and hard work after Elle joined the Shire golf club at the age of 9.  She trains 5 days a week and has enjoyed much success over the years, with this being her biggest achievement to date.  We were particularly pleased to share Elle's story during our recent Year 10 assembly where she spoke to her peers about her experience (perhaps the most daunting part so far!).